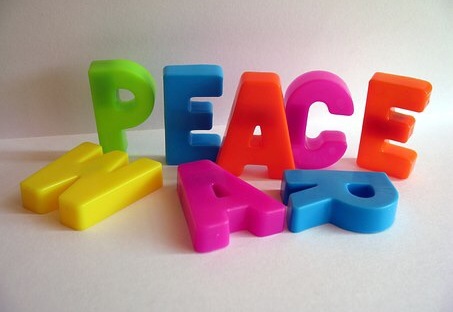 Ever had that argument where it all comes out?

“You did not” my voice gets louder. My tone is increasingly condescending.

I’m convinced he didn’t tell me. Leo’s are lions apparently, whereas I’m the Libra scales, so naturally, I want to hash out both sides. I want to be fair, diplomatic, assign the responsibility (which obviously won’t be mine) and move on. He’s still roaring. I’ve tuned out.

“Hmmm. Yeh. Yeh”. My words are soaked in sarcasm. At this point, I feel that his argument has no merit so I’m not even participating. It’s beneath me, of course.

Suddenly, a button is pushed and I’ve sprung into life. Don’t twist it; it’s not what I’ve said at all. Sod the Libra scales. It’s now every man and woman for themselves.

Lad brings up something I said 6 months ago and it’s used as evidence against me. I reel. I’m wounded in the attack. I need to think quickly.

I reload and retaliate, firing bullets. I start with minor niggles at first, drawn from a mental list stored somewhere deep in my mind. I knew I might need them someday.

I’m asked for proof. Oh dear. Like times and dates? Are you kidding? I don’t need to do that. Don’t be so ridiculous! Think Lass think…

The specific details are hazy and might not be entirely accurate but I’ll say them anyway, in attempt to advance and gain some ground. I paraphrase and air quotes are batted back and forth. Proudly, I pull out something which was said last year to prove that he can be wrong. He hits back with something I shouldn’t have said – circa 2012. Damn it.

I stare open mouthed. There is a realisation that he might actually be right. What just happened? Whatever you do Lass – do not admit that were wrong then and you could be wrong again now.

I busy myself on the laptop: some spreadsheet for work.

I think it’s an olive branch.